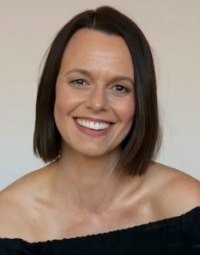 Mia Freedman is the co-founder and Chief Creative Officer of the Mamamia Women’s Media Company in Australia. Mamamia has an audience of more than five million women each month and includes the largest women’s podcast network in the world with over 67 million listens and 28 different shows. Mamamia’s core purpose as a business is to make the world a better place for women and girls.

Before founding Mamamia as a blog in her lounge room in 2007 and becoming one of Australia’s best known digital entrepreneurs, Mia was a magazine editor, national newspaper columnist, radio presenter and TV host.  She was named one of Australia’s 100 Most Influential Women by the Financial Review and is a former chair of the federal government’s Body Image Advisory Board.  She is an ambassador for Rize Up, a charity supporting women and children fleeing domestic violence, and Share The Dignity, which supports women and girls facing poverty and homelessness. Mia is the author of four books including the best-selling Work, Strife, Balance and she hosts two award-winning podcasts, Mamamia Outloud and No Filter, Australia’s leading interview podcast.

Mia has three children, two dogs and runs the Mamamia Women’s Media Company with her husband who is the CEO.

The wheels of her bus fall off regularly.