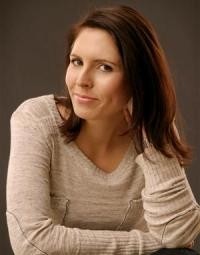 Lauren Burns created sporting history by winning the first ever Olympic medal for Taekwondo when the sport made its debut at the Sydney 2000 Olympic Games. Lauren was one of only three Australian women to win an individual Olympic Gold Medal, along with Cathy Freeman and Susie O Neill. Her amazing triumph at the Sydney Games was achieved against the odds requiring enormous discipline, commitment, perseverance and teamwork.

The nation watched as Lauren's victory brought the Australian public and Olympic crowd to its feet. Before her Olympic win, few people knew that Lauren had been 12 times Australian Champion and had achieved a string of international titles including numerous medals at world championship level. Laurens gold medal has put Australia on the map as a major international competitor for the sport of Taekwondo.

Since the Sydney Olympics, Lauren has emerged as one of the most successful Olympians from these Games. She is in the top echelon of Australia’s most sought after speakers and has spoken to over 250,000 people in the past 10 years. In her presentations Lauren talks about what it takes to be successful, she transforms her stories and experiences into life skills making them entertaining and relevant to her listeners.

Lauren interacts with her audience in a fun manner with the added highlight of inviting someone up on stage to break a board with the palm of their hand. Lauren has the ability to create active audience participation with groups of 10 to 10,000. During her more ‘active’ workshops Lauren has over 200 people breaking boards, all in the space of four minutes! Her presentations always leave the audience buzzing with excitement.

Lauren is also a qualified naturopath, nutritionist and herbalist and has written Food from a Loving Home, a new vegetarian cookbook, released in May 2011.

This book is a project of love made by two friends, home cook Lauren Burns and designer Sarah Rudledge, who have collaborated to produce a work with local origins. It represents handcrafted food and design and aims to encompass the pleasure and beauty of cooking and sharing food.

Lauren has always been passionate about food. She became a vegetarian at the age of three and is proud that, despite many nutritionists telling her it simply wasn’t possible, she was able to continue being a vegetarian throughout her elite sporting career.

Lauren’s enthusiasm for health and nutrition, and her respect for the human body and the mechanisms that govern it, drew her to become a naturopath. In addition to the recipes in her book, Lauren has drawn on her naturopathy training to include a chapter called ‘Home Apothecary’. Lauren has had regular spots on Channel 10's 'The Circle" with her recipes.

Lauren's presentation was just fantastic! Exciting and uplifting. She had obviously listened closely to our brief and her talk enhanced the theme of our conference. She was able to win over the hard-bitten experienced pros amongst our sales team as well as inspire us all to achieve more through dedication, passion and unwavering self belief! Her presentation style was warm, with simple, easy to grasp messages on success in professional and personal endeavours. Highly recommended!

Lauren was quite simply a breath of fresh air. During her presentation I had the opportunity to observe the audience and how they were reacting to Lauren's inspiring and motivational messages. Everyone, from the most junior employee invited to attend, to the hard-to-please company owners and CEOs were enthralled. They all shared in the emotional tale laughing with Lauren and feeling the pain when Lauren detailed some of the injuries she endured and overcame. Lauren delivered not only the emotional journey but hit the target with what it takes to succeed. Another measure of Lauren's popularity were the crowds of people who wanted to congratulate her, share their own stories and take away signed momentos. Lauren is all class and a great ambassador for her sport and her country.

240 of our top performers stood and applauded with their successfully broken boards - unbelievable. They had all written their greatest fear on the board and then broke through that fear and way of thinking. It was an amazing atmosphere and all of them were cheering and clapping their boards at the end, an awesome sound and energy in the room.