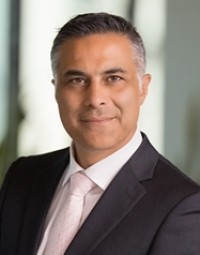 Ahmed was appointed Managing Director and CEO of Latitude Financial Services in October 2018.

Throughout his 30-year career, Ahmed has served in senior executive roles across banking and financial services, management consulting and postal services, including as MD and CEO of Australia Post, MD and CEO of NAB's Australian operations, CEO of Citigroup Alternative Investments in New York and as a Partner at BCG.

Ahmed is also an active member of Australia's Muslim community, where he has served as an Australian Special Envoy to the Organisation of Islamic Cooperation and was a founder of the Islamic Museum of Australia.

Ahmed was appointed an Officer of the Order of Australia in January 2017. He holds a Bachelor of Economics and Honorary Doctorate from La Trobe University and an MBA from Melbourne Business School.