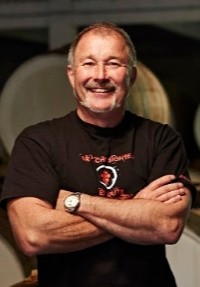 Since graduating with 2 degrees; Agricultural Science from the University of Adelaide and Wine Science from the Charles Sturt University, Warren has worked in the Australian Wine Industry for 42 years, 16 years as an employee and 26 years in his own businesses.

Warren was selected as the Ernst and Young “Entrepreneur of the Year” in the South Australian category, as recognition for his wine business acumen. He has also received the “Len Evans Award” for “exemplary leadership in the Australian Wine Industry”.

Under his leadership, from a production point of view, the Randall Wine Group has grown to be the largest private, premium vineyard holding in Australia. From a tourism point of view, Seppeltsfield has won “Best winery for tourism in Australia” twice and Best Cellar Door in the World in 2017. He is a current ambassador for the South Australian Government (PIRSA) Premium Food and Wine from Our Clean Environment initiative.

In addition to his wine business interests, Warren is also owner of the Bridgewater Mill restaurant in the Adelaide Hills, shareholder of the Star of Greece restaurant on the Fleurieu Peninsula, Director of Widara Heritage Pork on the Yorke Peninsula, and a Director of Australian Whisky Holdings, which owns the Nant, Lark, Overeem and Old Kempton distilleries in Tasmania.