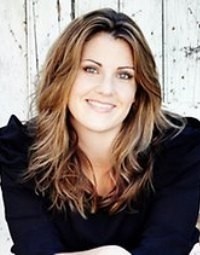 She spent a year touring the country with the Melbourne Comedy Festival Roadshow, and launching the explosively successful one woman comedy, 51 Shades of Maggie Muff. As well as appearing on Wake Up (Channel 10), the Sydney Comedy Festival Opening Gala and at some of the country’s greatest comedy establishments, including the Sydney Opera House.

Nikki studied Clown and Bouffon in Paris with theatre master Philippe Gaulier and graduated from Actors Centre Australia in 2007. As a choreographer and physical performer, Nikki has worked and performed at Disneyland in L.A, and with Meryl Tankard on her dance theatre work VX18504.

As well as pursuing acting and comedy, Nikki has a long history in Children’s Entertainment and has been Captain Starlight with the Starlight Children’s Foundation for the last 6 years. She also had a brief stint as Dorothy the Dinosaur, however it is a chapter both Nikki and the gentlemen in the turtlenecks would rather forget…..

Steve Bennett of Chortle described her 2013 solo show, Abdicating Adulthood, as “a breathlessly energetic force-of-nature performance that sweeps up all in her path”. Stephanie Glickman of the Herald Sun said “well-written, with a stellar combination of pathos, silliness and observational humour to keep it bounding along.” With an array of hilarious characters, lightning wit and her signature interpretive dance moves, Nikki’s shows will have delight tickling your cheeky bits, and joy trickling out of you.