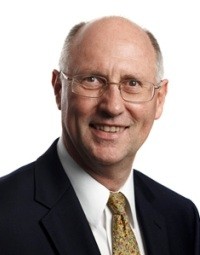 Hans Kunnen is the Chief Economist of the St.George Banking Group which includes the Bank of Melbourne and Bank of South Australia.

Prior to joining St. George, Hans was the Head of Investment Markets Research with Australia's largest fund manager and was previously Chief Economist at the State Bank NSW.

His first book, Borrow + Build explains in plain language why borrowing money to buy shares in good quality, dividend paying Australian companies is a good way to build wealth. It provides a step by step approach and explains why, over time, income from dividends should rise and exceed the cost of borrowing.
The book clearly outlines the advantages of borrowing to build wealth but also explains the risks involved. The focus is on flows of cash and the benefits of patience. It involves a slow and steady approach to building wealth rather than an overnight dash for riches.