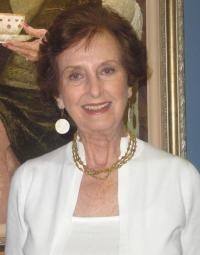 June Dally-Watkins is one of Australia’s most famous models. She is remembered by her contemporaries as one of the greatest mannequins Australia has ever seen and in 1949 she was voted by Australian Photographers as "The Most Photographed Model".

In 1950 June started the Southern Hemisphere’s first modelling agency. Probably the first outside New York and London. Since then, well over 300,000 students have received her training and guidance.

June continues to run courses throughout Australia, Hong Kong and China. She is the author of Still Smiling and is working on an etiquette book ‘Manner for Moderns: Be The Best You Can Be – In Every Way.’

In 1993 Junewas awarded the Medal of the Order of Australia, for her contribution to business and in 1998 was awarded Business Woman of the Year.

In 1999 she was made Ambassador-at-large for Crossroads International - a charity registered in Hong Kong, which sends relief goods to people in need throughout the world. She has visited Croatia and Bosnia Herzogovina - Mostar and Sarajevo assisting with humanitarian aid to refugees and orphanages.

June maintains a good ‘mind lift’ is more important than a face lift anytime, and continues to run her business on a day to day basis, never wanting to retire. She is very proud to be a mother of two sons and two daughters and now seven grandchildren, with six of them boys!

PS - June intends never to retire – she says “work is too much of an exciting challenge!” She loves what she does, helping young people and not so young, to be the best they can be, with her New You Programme and Corporate Success.