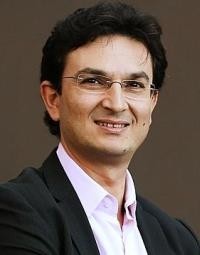 In 1999, Munjed Al Muderis was a young surgical resident working in Baghdad when a squad of Military Police marched into the operating theatre and ordered the surgical team to mutilate the ears of three busloads of army deserters. When the head of surgery refused, he was executed in front of his staff. Munjed's choices were stark - comply and breach the medical oath 'do no harm', refuse and face certain death, or flee.

That day, Munjed's life changed forever. He escaped to Indonesia, where he boarded a filthy, overcrowded refugee boat, bound for Australia.

Like his fellow passengers, he hoped for a new life, free from fear and oppression, but for ten months he was incarcerated in what became known as the worst of the refugee camps, Curtin Detention Centre in Western Australia. There he was known only by a number, locked in solitary confinement and repeatedly told to go back to Iraq.
On 26 August 2000, Munjed was finally freed. Now, years later, he is one of the world's leading osseointegration surgeons, transforming the lives of amputees with a pioneering technique that allows them to walk again.

Munjed studied medicine at Baghdad University from 1991 to 1997. As a first year resident he was forced to flee Iraq as he refused Saddam’s regime brutal orders to surgically remove the ears of soldiers who had escaped from the army. He ended up on a flimsy wooden boat heading to his new home, Australia.

Munjed’s first job in Australia was at Mildura Base Hospital as an Emergency Unit and Orthopaedic Resident. Four months later he moved to Melbourne as a Surgical Registrar at the Austin Repatriation Hospital. His career next took him to Wollongong Hospital where he spent a year as an unaccredited Orthopaedic Registrar followed by a year at Canberra Hospital.

Munjed went on to complete three post specialisation fellowships. First he attended a six month national fellowship in Sydney with Dr Ali Gursel in Lower Limb Arthroplasty at the Sydney Adventist and Baulkham Hills Hospitals. Then he moved overseas to Berlin, Germany where he completed a nine month fellowship in Hip and Knee Arthroplasty with Prof. Dr. Med. Jorg Scholz at the Emil von Behring Hospital, a Teaching Hospital of the Charite Medical School. His third post was a three month Trauma Fellowship with Prof. Dr. Med. Axel Ekkernkamp at the Unfallkrankenhaus Berlin (UKB,) also a Teaching Hospital of the Charite Medical School.

Munjed commenced his private practice in 2010 and is an Associate Professor currently appointed as a Clinical Lecturer at Macquarie University Hospital and The Australian School of Advanced Medicine. He also has appointments at The Sydney Adventist Hospital and Norwest Private Hospital.

Munjed Al Muderis is a world leading surgeon in the field of osseointegration surgery.

In 2014 his memoir Walking Free was published by Allen and Unwin.