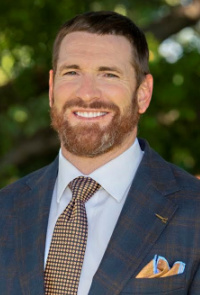 Jason Akermanis (Aker) is a decidedly experienced and successful former AFL player having played 325 AFL Games. He is a Brownlow Medallist, triple premiership player (2001 - 2003), four-time All-Australian representative, two time best and fairest winner (Brisbane Lions) in 1999 and 2005, AFL Hall OF Fame awardee, and one of the most decorated players produced in Queensland, and AFL football.

His flamboyant talents and bleach-blond hair made him easy to identify and, known for his passion of sport and football, he's never short to share his opinions on either subject.

He has done morning radio with MTR, been a columnist for the Herald Sun, and a guest speaker on Channel Nine's Today Show.  Aker has also published two books "Aka. The Battle Within" and 'Open Season' the last providing actual insight into footy life behind the scenes AFL style.

He is an AFL Legend and Motivational Speaker on the Science of Improving Performance. He holds a Graduate Certificate in Sports Coaching from the University of Queensland

Jason has a wealth of experience in corporate speaking and with his vast and successful history in the AFL brings a great deal energy and relatedness to his presentations.  He is focused on improving Health, Mental Health and Performance in Modern Society.  He speaks about the traps and pitfalls of our own egos, and explores the harsh lessons and important habits to embrace, to maximise our well-being and success.

Gain an insight into the lessons learned as a high performing and high profile athlete – the wins, the mistakes and how to rise stronger.

Our pre-conceived views of who he was were changed once hearing him speak, delivered a very entertaining, genuine talk, which allowed you to understand what has shaped the man that is Jason Akermanis.

Jason is a true gentleman with a genuine deep felt loyalty to issues he believes in I have nothing but praise for him as a person and a very entertaining talk.

Jason was the perfect choice for our group. He had an interesting story to tell, was well known to everyone, his presentation was delivered very professionally and Jason mingled with everyone throughout the luncheon, much to the delight of many.