Marci Malzahn Travels from Minneapolis, U S A, USA 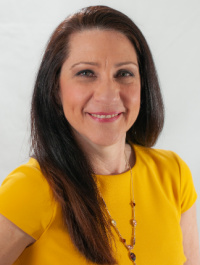 Marcia Malzahn (Marci) was born in Managua, Nicaragua, Central America. In 1979, her family left Nicaragua due to a communist revolution and fled to the Dominican Republic where they lived for seven years. Marcia moved to Minnesota in 1986 and started a 23-year career in community banking. She rose through the ranks from teller to co-founder of a community bank as the Executive Vice President, Chief Operating Officer, and Chief Financial Officer. After ten years with the bank, she created and focused on the bank’s risk management program as the EVP, COO, and was promoted to Chief Risk Officer.

Before starting the bank in 2005, Marcia took a detour from banking for five years and worked for a $34 million revenue non-profit organization where she led IT, HR and Finance. In October 2014, Marcia started a community bank and credit union management consulting firm, Malzahn Strategic, focused on strategic planning, enterprise risk management, treasury management, talent management, and leadership coaching.

Today, Marcia divides her time between inspirational keynote speaking engagements in the financial services industry (both in person and virtual), webinars and workshops, coaching upcoming leaders in the community banking and credit union industry, teaching The Master’s Program for Women in Minneapolis, writing books, and consulting for Malzahn Strategic.

Her books include Devotions for Working Women: A Daily Inspiration to Live a Successful and Balanced Life (2006), The Fire Within: Connect Your Gifts with Your Calling, (2015), The Friendship Book: Because You Matter to Me (2016) (English and Spanish editions), and Bring YOUR Shoes: A Fresh Perspective for Leaders with Big Shoes to Fill (2019).

Marcia has long been involved in the community—locally and globally, personally and professionally. She currently serves on the boards of in Faith Community Foundation, United Financials Making a Difference, and is the president of the National Speakers Association Minnesota Chapter. She is also a director of a local community bank and a public fund board. She is a member of the Minnesota Women Economic Roundtable and served as treasurer for two years.

Previously, Marcia served on the board of Big Brothers Big Sisters of the Greater Twin Cities for six years and chaired the board for the last two years. Additionally, she served in several other boards, including Shine in the World Ministries, Way to Grow, Minnesota Center for Book Arts, and Minnesota Women’s Economic Roundtable. She helped launch Darkness to Light Education Project and Wings of Africa International, both non-profit organizations. She also served on the local, district and international board of Financial Women International, an association focused on helping women in the banking and financial services industry become effective leaders. Marcia also served on the advisory board of Homes for Heroes, Inc., a for-profit organization.