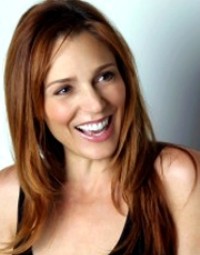 There are very few personalities in Australia who can adapt to any situation and win over audiences instantaneously. Tottie Goldsmith is indeed one such individual. Tottie offers various types of corporate performances, these include role of MC, and keynote speaker on wellbeing and stress management.

Tottie talks about her background and paints the picture for her listeners. She is not above sharing a personal story or problem she has encountered to allow the audience to take the journey with Tottie and realise the validity and importance of stress management in her life.

She tells of her life story, how she has adapted her personal and career experiences into her lifestyle now. Tottie Goldsmith has intense inner and outer beauty and her presentation is passionate, captivating, witty and inspiring.

Tottie has the ability to style her MC role to suit the client. This includes presenting awards to interviewing guests on stage, to performing a song or two if this is the nature of the event. She will adhere to a script and guidelines and has the ability to adlib if the client desires. She has hosted launch events, corporate dinners, seminars and also includes motivational speaking high on her agenda covering the area of mental wellness.

Tottie has addressed audiences for companies including RetireInvest, McDonald's and Holden and conducts regular seminars at Deer Park Women's Prison. She has hosted numerous charity events including Clown Doctors, RVIB Ball, Starry Starry Night for the Alannah and Madeline Foundation and TLC for Kids.

Tottie made her a household name as one of the founding members of “The Chantoozies” and later hosting controversial TV show Sex/Life. She scored the female lead in Channel 7's series ‘Fire ’which was followed by a guest appearance in Bryan Brown’s Twisted Tales playing opposite Academy Award winner Geoffrey Rush.

Tottie successfully conquered breakfast radio in 1997 on TTFM finishing the year as No.1 rating breakfast show, then accepted the role of Miss Lynch in Grease - the Arena Spectacular and as lead role ‘Janet’ in Paul Dainty’s “The New Rocky Horror Show”, following on to complete a national tour with Jon English and Dennis Waterman in “Don’t Dress for Dinner”. She has enjoyed many guest roles including Stingers, Blue Heelers, Pizza, Houso’s, Neighbours, Underbelly’s Infiltration and most recently Jack Irish airing next year.

Tottie is still touring as a singer and studying her beloved acting.