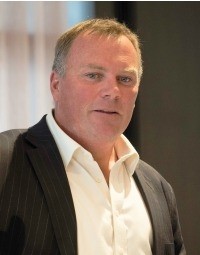 Now a specialist in ethics and culture, a best selling author, and crime, anti-corruption and culture expert for media, this former Detective Sergeant Simon Illingworth was bashed, threatened and intimidated by bent cops and underworld criminals, all in the line of duty. His life gives dramatic insight into Melbourne's gangland war and the ugly world of police corruption. Simon appeared on ABC's Australian Story which won journalism's Gold Quill and his book 'Filthy Rat' is an Australian best seller.

Simon has numerous awards for bravery and leadership; including Victoria Police, the Governor of Victoria, Royal Humane Society and Sir Vincent Fairfax Fellowship.

Amongst Simon's diverse qualifications is his selection for the Sir Vincent Fairfax ethics and leadership fellowship (1 of 14 Australians chosen in 2002). Simon has investigated and debated some of the world's hardest ethical dilemmas, ethics theory and ancient philosophy. He was also awarded the prestigious AusDavos Future Summit Award which brings leaders together annually to map out Australia's future.

Simon is presently one of the most sought after corporate speakers and trainers in Australia, he uses his experiences and expertise to motivate, challenge and build organisational culture. He has the capacity to switch people back on.

Simon's clients include some of Australia's largest corporations, sportsclubs, media outlets and schools. If you need a speech or workshop that cuts through and sticks - you need one from a person who’s been in the trenches. Simon has worked with many organisations some include, Woolworths, Canon, Subaru, Mazda, Powercor, GE Money, Cisco, HESTA Superannuation, Equity Trustees, Portfolio Partners, Royal Melbourne Hospital, Melbourne Press Club, and Sunrise Ch 7.