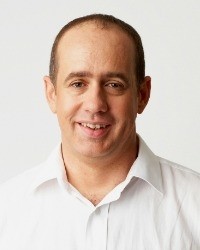 Richard explored key themes in education, work, family, the economy and the Australian population. These were complex areas but Richard's ability to cut through jargon and his light touch ensured the show was always entertaining as well as informative.  His conference speaking or panel discussions covers these areas.

Before Life Matters, Richard presented shows on the media and technology. He spent 10 years covering environmental, health and science issues both here and overseas. This, along with Life Matters, has left him with a nuanced understanding of key issues facing Australia in climate change, water, energy, cities, work and education. Richard also presents the Religion and Ethics Report on Radio National.

Richard is an adept performer, whether as MC, chairing a panel discussion or in giving a keynote address. His ability to focus on the crucial, draw out all the participants and interact with an audience make him a sought-after speaker and panel facilitator.