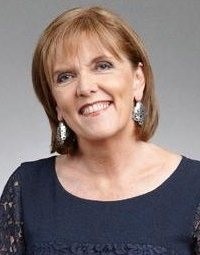 Jenny Brockie is one of Australia’s most experienced and respected journalists and broadcasters. She is also one of the country’s most gifted facilitators.

Jenny currently hosts INSIGHT on SBS TV, where she facilitates a lively discussion each week involving more than 50 people. With decades of interviewing and broadcasting experience, Jenny combines a warm, inclusive style with a razor sharp intelligence to deliver intelligent debates on the most difficult of subjects.

She began her broadcasting career with ABC television and radio news, and has hosted the Morning Show on 702 ABC Radio Sydney as well as her own interview series SPEAKING PERSONALITY on ABC TV. Jenny has reported extensively both nationally and internationally for current affairs programs including FOUR CORNERS and NATIONWIDE. Her ground breaking feature length documentary COP IT SWEET about Sydney’s Redfern Police, won five major television awards.

Jenny recently won the 2013 All Media Walkley Award for interviewing for her work on INSIGHT. She has also won four United Nations Association Media Peace Awards for her work on the program. Jenny has a swag of other television awards including the Gold Walkley for Excellence in Journalism, two AFI awards, a Logie and a Human Rights Award.

Jenny is in strong demand as a facilitator, interviewer and speaker in both the public and private sectors having worked with clients such as the committee for the Economic Development of Australia, City of Sydney, Griffith Business school, Sydney Opera House, Transport NSW, Australian Institute of Professional Photography, Curtin University, National Museum of Australia and the Victorian Association of Secondary School and Primary School Principals to name a few.