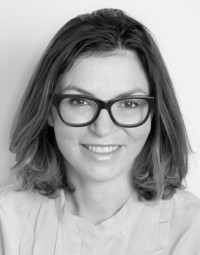 An English teacher by trade, Dee sold out and joined the advertising world in 1995. Dee is an award winning Creative Director with 20 years' experience in the industry. She has worked on some of Australia's largest brands in almost every category including FMCG, banking and finance, health and education. She has been a winner or finalist at almost all major awards, including Cannes, New York International, Caxtons and Folio.

She understands the need for creativity as a tool to persuade an audience, she understands that effective messages are always based on brand truths and she knows how to develop and roll out a truly integrated campaign, from TV ads and traditional media, through to digital and social media.

She has a strong background in social and political marketing for Federal, State and local Governments, as well as for a range of charities, including the Schizophrenia Institute, The National Heart Foundation and the Australian Breast Cancer Institute.

Dee was a panelist on The Gruen Transfer (ABC) and appeared fortnightly on The Perrett Report (Sky Business). She was also a guest panelist on Mamamia, The Contrarians, and PMLive. She can be heard regularly on ABC radio and writes for The Drum and Mamamia.

Dee is also a public speaker and has spoken on topics as diverse as 'Censorship' for The Supper Club in Sydney, 'Junk Food Advertising and the social responsibility of advertising' at the ARACY Conference in Melbourne, and 'How to sell a city' for The Newcastle Institute.