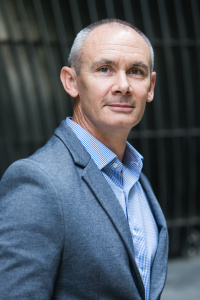 "I believe that when you take control of your life, you will achieve greater than you thought you could. I believe by YOU living YOUR life, you will empower people around the world to change the way they think, believe, behave and communicate in a way that empowers others."

The Secret behind 39 World Champions has now been revealed… Stuart Walter is the choice of Champions, he is a specialist in peak performance mindset. Getting the best of the best ‘in the zone’ for the performance of their lives… when it counts.

This success in the sporting field is now in great demand in the business sector and what a difference to the ’typical’ motivational speakers.

For the past 15 years, Stuart Walter has served as a Peak Performance Mindset Specialist for elite athletes, business owners and individuals to be a better version of themselves.

Regarded as Australia’s #1 for sports performance and with 39 World Champions as clients, who would argue?

Stuart has directly impacted the lives of thousands of people. Highly respected as an authority for developing systems and strategies for accelerated and lasting transformations. Around Australia and now building demand overseas in Europe, New Zealand and the USA Stuart is sought after by sports coaches, elite athletes and business owners for mindset success training.

Indirectly, Stuart’s Published book, ‘The Dear Diary Process’ was a process he created with a professional golfer and thousands of people around the world have had their lives transformed by this simple process that is available in book or in a supported on-line program.

Place Stuart on a stage in front of an audience and he really shines, the ability to connect and empower a crowd must be seen to be believed. Laughter, motivation and tears always the result as he uses his natural abilities to get to issues and breakthrough and generally so subtly you don’t know it has happened...until it has.

Stuart transforms lives as he speaks. His difference is the ability to tap into and work the unconscious mind that is 95% of how we think act and behave. Getting into the part of the mind that allows new decisions to be made and long lasting and immediate change is the result.

Since our Group session, all three businesses have had a whopping 50% increase in productivity, profits and a significant increase in client satisfaction. This is mostly due to the clear focus and direction that each of our individual team member’s adopted after doing the ‘Target Exercise’ with Stuart which when applied to the business allowed everyone to focus on the same target and travel in an aligned direction.