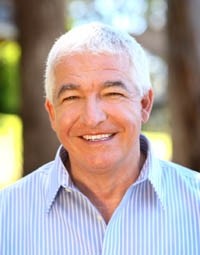 Allan Pease researches and studies the psychology of selling, relationships and human communication. He teaches simple, field-tested skills and techniques that get results. His messages are delivered in a humorous way, which motivates people to want to use these ideas immediately.

Known worldwide as “Mr. Body Language”, Allan’s own record in the field of selling, motivating and training is equaled by few others. He is a born achiever, starting his career at age 10 selling rubber sponge’s door to door. At 17, he was the No.1 national salesman for a company selling bed linen, pots & pans. At 21, he was the youngest person ever to sell over $1,000,000 of life insurance in his first sales year and qualify for the Million Dollar Round Table.

Allan has addressed audiences in 70 countries. His programs are used by businesses and governments to teach powerful relationship skills. His messages are relevant to any area of life that involves winning people over and getting them to like you, co-operate, follow you or to say “yes”.

With co-author Barbara Pease, Allan is one of the world’s most successful non-fiction authors, writing 18 bestsellers including 10 number 1 bestsellers such as The Definitive Book of Body Language and Why Men Don’t Listen and Women Can’t Read Maps. His books have been translated into 54 languages and have sold over 30,000,000 legal copies.

Wow, what a night! The evening was more successful than I could have hoped for.

Allan Pease is the best speaker we have ever had at our conference. His coverage was extremely valuable and helps to give us the edge in selling situations. Well worth the investment!

At the National, our values include 'Quality in everything we do' and 'Professionalism and ethics in all our actions'. We look for the same values in our business partners and you certainly exceeded our expectations.