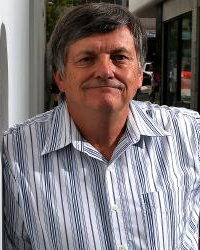 Dr Phil Jauncey is a performance psychologist, whose activities include corporate facilitation, education of staff and managers, personal success mentoring, speaking about parenting, counselling and working in the areas of sport and performance. As a keynote speaker, Phil has been described as "one of Queensland's most dynamic presenters...has stimulated sports and professional audiences alike. His contagious passion for life has an overwhelming ability to leave guests wanting more as he tackles the more technical mind sets of self development and gets back to basics." (Brisbane Breakfast Club).

Phil has a strong academic background and has 4 degrees; B.A., B.D., Masters and Doctorate in Counselling and Educational Psychology. He has lectured at Mt Gravatt CAE (now Griffith University), QUT and the University of Queensland in areas such as educational psychology, social psychology, developmental psychology, counselling, marketing and multicultural psychology. He was voted the "Outstanding Lecturer of the Year of 1990" at QUT. He is a registered psychologist, and a member of the Australian Psychological Society and the APS College of Sports and Exercise Psychologists.

In the corporate world, Phil’s expertise in language and social science resulted in his being appointed advertising and promotions manager at Dreamworld in 1988 and then marketing and educational specialist for Mincom from 1988 to 1990. He also developed methods of improving advertising for both television and radio.

In 1991 Phil became an independent consultant, working in the areas of business, sport, education and counselling. He is often called upon as a keynote speaker locally, nationally and internationally. He also conducts in-house workshops for companies in staff evaluation, understanding self, sales, marketing strategy and change management. He has on-going consultancies with companies to develop self-awareness and relationship skills for staff members and enhance problem-solving and people management skills for managers. His workshops are interactive and designed to help clients develop their own skills.

He has been a psychological consultant to the Australian Cricket Team between 2001 and 2008. He was also an attending sports psychologist at the Olympic Games in Barcelona 1992 (Roller Hockey), Sydney 2000 (Baseball, Softball and Beach Volleyball) and Athens 2004 (Baseball, Diving and Coordinating psychologist for the Australian team). He has also worked with the Australian Davis Cup squad. He conducts workshops for junior coaches, parents and umpires, based on the same principles he uses in his corporate work.

Phil has been applying his techniques with tertiary actors in training, a number of whom have since gained success in the Australian and United States television markets. He consulted with a tertiary institution, helping lecturers to enhance their presentation skills in dealing with international corporations. He has also conducted one-on-one sessions with musicians to enhance their performance technique and worked with students at the Australian National Academy of Music and Melba Opera to enhance performance. Two Australian University studies have recently been initiated to investigate and explore Phil’s unique approach to performance. In the USA, Rutgers University commissioned Phil to work with their sports department of over 400 athletes and coaches.

His educational involvement has continued with talks to principals, teaching staff, support staff, parents and students in the areas of learning strategies, effective self-management of themselves and others, successful relationships, handling stress, coping with change and creating enhanced learning environments.

Phil has written "Understanding Ourselves and Others 2nd edition", 2010 (a layman's guide to self- awareness and improvement) and “Managing Yourself and Others” 2003 (techniques for successful management). He has published via Amazon and iTunes an eBook “The Power of Positive Doing – A practical approach to Performance Psychology” - which explores his latest ideas and practices which have evolved since the writing of the previous books.

As a keynote speaker, Phil has been described as one of Queensland's most dynamic presenters...has stimulated sports and professional audiences alike. His contagious passion for life has an overwhelming ability to leave guests wanting more as he tackles the more technical mind sets of self-development and gets back to basics.