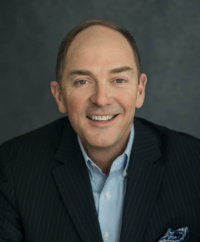 Chip graduated from the University of Oregon the College of Business Administration. He worked as a sales rep with Jantzen Sportswear, building territories in Spokane and Salt Lake City for four years. After two corporate buyouts that cut the sales force in half he was let go.

The layoff was a career-changer as he moved on to work with world-renowned business leader Tony Robbins in San Diego. Chip proved himself, being the Sales Leader of the Year twice and mastering telemarketing and group presentation sales. He also hired, trained and led sales teams throughout the United States. As Robbins’ international point-man, he built the brand in Australia and the United Kingdom.

Ranked as a TOP 5 SPEAKER three years in a row, Chip was also awarded the esteemed CERTIFIED SPEAKING PROFESSIONAL designation, held by only 7% of National Speakers Association members. He was chosen as the closing speaker for his NSA peers at the prestigious CSP/CPAE Summit in January, 2015.

As a Motivational Speaker, Chip’s programs surpass most keynotes with a highly engaging, interactive workshop approach that is truly transformative. He builds a fire under the seat of every audience member to promote change within businesses, groups and individuals. Hiring Chip will result in many accolades and make you look like a genius for hiring him now.

Chip's entertaining and persuasive content ignites honest re-evaluation and action. Chip demonstrates how taking personal responsibility makes it possible to achieve new levels of performance. He is known for his Get Switched On! program that inspire audiences to consistently bring their “A Game” and surpass it.

The entertaining and original format will persuade your audience to evaluate their current situation, address their challenges and create a compelling vision for a Get Switched On! mindset that delivers unparalleled results. You’ll watch your people deal with hard questions and find solutions that move them to unprecedented levels of action.