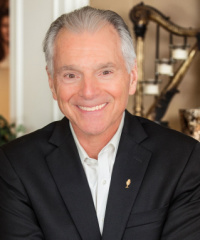 Jim Cathcart is one of the best-known and most awarded motivational speakers in the world. Having delivered more than 3,000 presentations to audiences over 40 highly inspirational years. Jim is a business strategist, psychological researcher and philosopher at heart who connects to and inspires his audience to shift gear and achieve greater things. He has done the hard yards starting off working in warehouses, driving trucks and door to door sales. But, in 1972 Jim made a very conscious decision to become an authority on Motivation and through decades of dedication, study and work, it happened.

Jim is now listed in the Speaker Hall of Fame, a recipient of the Golden Gavel Award (alongside Earl Nightingale, Tony Robbins and others), former president of the National Speakers Association (US) and he’s received the Cavett Award for a lifetime of service. He is a dynamic motivational speaker and prolific author of 18 books plus an executive coach. Audience testimonials have described Jim as the Real Deal, as he has the genuine ability to drive and inspire audiences to become high achievers and leaders. Witnessing Jim Cathcart speak is an opportunity not to be missed.