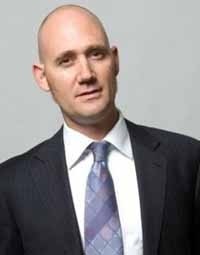 Over 22 years, he has worked with big and small businesses, Government departments, local councils, professional associations and NGO’s across Australia and overseas – with groups and audiences totalling hundreds of thousands of people. He has trained state, federal and international police, including undercover officers, surveillance operatives, informant handlers, intel analysts and senior managers of serious crime – working with police from 40 countries.

Andrew is the author of three books including BULLSHIFT: How to get more honesty and straight talk at work. His keynote explores the principles covered in his book.

The CEO of Metcash bought 120 copies for his entire senior leadership team. The Head of IT at BankWest bought copies for his whole division. Global company acQuire have purchased over 500 copies and give one to each new team member. Kmart purchased 300 copies for their Store Managers. And Woodside has engaged Andrew to present for the Executive Leadership Team and a dozen functions of the business, purchasing over 1,000 copies.

Why is this work so popular?
Because BULLSHIFT is not more fluff in the already crowded market of corporate communication skills. It is a simple and powerful set of principles that can be applied now. Most people can immediately see how they can improve and feel inspired to change. The workshop may be hilarious and good fun, but the message is confronting and long-lasting.

Andrew has won state and national song writing awards and wrote, directed and produced a sold-out musical called WHAT A MAN’S GOTTA DO. He has played two seasons of the Melbourne International Comedy Festival and in 2012 took his one-man show on a national tour of 45 towns in five states. He has worked with five of Australia’s state orchestras and with 60,000 students, parents and staff in 110 schools.

Andrew began his business at age 18 with no qualifications, experience, equipment or capital.

Andrew Horabin’s Bullshift program hit the mark for my leadership team. Andrew skilfully and professionally challenged each team member to reflect on their behaviour through material that was both thought provoking and confrontational. His incredible humour ensured that participants were able to laugh at behaviours without losing the message, nor the motivation tonchange. People are talking about it positively and changing their behaviour accordingly.

Thank you for a truly insightful and humorous presentation. There were so many essential and powerful communication messages delivered in a dynamic and non-threatening way. Ournaudience was totally engaged and ‘with you’ throughout. Thanks for being very easy to work with, supportive and keen on best value for our members. We are a very satisfied client!

One of the best instructors I have seen … He teaches with the most important of all learning tools – humour! … One of the most informative sessions in the whole six months … I got more out of today in regards to people than anything else of the whole 26 weeks.