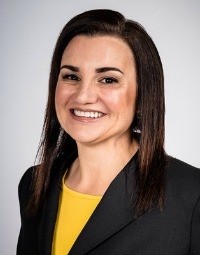 Jacqui Lambie has from the outset stood out from the mainstream of Australian politicians. During her time in Parliament, she was the most authentic, heartfelt and unscripted voice in the Senate. She's been a tireless and highly effective campaigner for the things she passionately believes in, such as a better deal for our military veterans and a better system of care for those afflicted by the scourge of ice addiction. These are real issues for her, things she's lived through and not just hot-button issues raised by focus groups.

So, for anyone knows Jacqui, her late 2017 resignation from the Senate is just an interruption in her unique career representing Australians who've previously had little access to the corridors of power: the veterans, the single mums, the welfare recipients, the families of ice addicts. In one form or another, she'll be back!

Her 2018 autobiography Rebel With a Cause is not a political book. In fact, politics barely gets a mention until the final chapters. It's the story of her life as an ordinary working-class girl from Tasmania, and her journey through the army, her enforced medical treatment after 10 years following a horrendous back injury, her medical discharge, her fight to get adequate treatment and compensation from the DVA, her battles with addiction and depression, her struggle to raise two kids as a single mother, the slow rebuilding of her life that saw her determined to prevent other people experiencing the bureaucratic-inflicted torment that she was forced to survive, and her roller coaster ride as a politician.

Jacqui also participated in the I'm a Celebrity... Get Me Out of Here! Africa challenge in 2018.

The subject matter of Jacqui's life is real and often raw, but Jacqui handles it with humour, honesty and dignity.