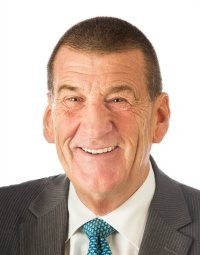 The Hon. Jeff Kennett AC was an Officer in the Royal Australian Regiment, serving at home and overseas.

As a politician, he entered the Victorian State Parliament in 1976 and was elected Leader of the Opposition in 1982. Under his leadership, the Liberal-National Party coalition was elected to government in 1992, and returned to office in 1996.

Under Mr Kennett’s premiership, Victoria earned the reputation of being Australia's most reformist state, implementing reforms to the Victorian public service, leading Australia in the privatisation of public utilities, reducing the State's debt from $33 billion to $5.5 billion, reinvigorating the economy, reinstating confidence amongst the Victorian community, and taking the state to the world.

Mr Kennett is the founding Chairman of beyondblue, the national depression and anxiety initiative, which is supported on a bipartisan basis throughout the country and which has greatly reduced the stigma attached to mental illness.  He is also Chairman of The Torch, a program assisting incarcerated Indigenous men and women.

Mr Kennett continues an active commercial life where he is currently a Director of Equity Trustees Limited and a Director of Seven West Media Ltd.

Mr Kennett was President of the Hawthorn Football Club from 2005-2011, during which time Hawthorn played four finals series, won their first Premiership in 16 years and doubled their membership base.

In 2005 Mr Kennett was awarded the Companion of the Order of Australia.