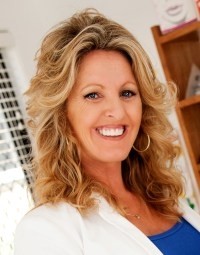 Rachael Bermingham is currently one the highest selling self-published female authors in Australia. Collectively she has sold over 6 million copies of her books around the globe and has written a new title every year for the last 9 years. One of her co-written books '4 Ingredients' is still the highest selling self-published title of the past decade within Australia.

Rachael has had vast experience in the practical world of business, in particular within the field of marketing, personal development, business, core life, time management and goal strategising. Her belief in what others can achieve, as well as her contagious passion and enthusiasm, motivates her clients and audiences into action to transform their own dreams into a reality.

A born entrepreneur, her professional career commenced at age 19 when she opened her first business (a hair salon) before selling it for a profit and going to work at Movieworld on the Gold Coast, and then Underwater World on the Sunshine Coast where she became one of 3 women at the time who were trained to feed sharks! After playing with sharks and seals, Rachael opened her next business (a travel agency) building it into a multi-million dollar business before moving into mentoring, speaking and authoring books.

Rachael has since become an incredible leading role model and mentor helping other women to develop and grow their own multi-million dollar businesses around family commitments and has been recognised by some of the world’s most respected business organisations such as the Telstra Business Women of the Year Awards and the STEVIES International Women in Business Awards to name a couple.

Since writing her first book ‘Read My Lips’, then the ‘4 Ingredients’ cookbooks, ‘Savvy’ and ‘Write Your Book’, Rachael has also been invited to speak at many events and has established herself as one of Australia’s most inspiring keynote speakers sharing the stage with the likes of Deepak Chopra, Louise Hay, Denise Scott, Michelle Bridges and many more.

Rachael also heads up a book production company which is a valuable resource centre for new authors offering mentoring, editing and formatting services to help authors write, produce and market their own books.

While Rachael’s the first to say she’s not perfect and not a superwoman, many would argue that, based on what she’s achieved and how! She’s a positive, upbeat, energetic, authentic and down to earth woman who lives and breathes what she teaches with grace and ease while balancing her businesses, lending her hand to the several charities she advocates, and raising her 3 little boys - which showcases her incredible talent and skill as an amazing Mum and spectacular business woman.

Rachael consistently explores, learns, drives and challenges herself with her ‘have a go at anything’ attitude. Not only is she one of Australia's most successful authors, she was also among 3 women in Australia who were trained to feed sharks! She has run marathons (while pushing her twins in a pram), been in the top fastest athletes to complete Tough Mudder and jumped out of planes to name a few. She has helped businesses come from nothing and grown them into multi-million dollar companies through her clever business know how.

Rachael was absolutely amazing, inspirational and such a gorgeous person inside and out. We had phenomenal feedback from most of the ladies that attended and they were just so excited to hear her speak. Her talk was very personable and all of us were glued to every word and felt we could take on the world after hearing her speak. I don't think she could have done a better job! We would definitely love to have her speak at future events as she was most probably our most outstanding speaker out of all the events we've run. Please pass on our gratitude.

We know from experience that when people hear Rachael speak, they are filled with new hope, excitement, are empowered and inspired to change their lives from that second on ...

Rachael is an absolute gem! She has this amazing natural ability to very quickly figure out how a business can grow, and just as quickly puts a plan together on how to achieve that. Her talent is inexhaustible, her passion and desire for her clients to do well motivates others to reach their goals which is why she has become one of Australia's leading strategists. Rachael's marketing plan (which she originally implemented for us) was promoted nationally and internationally and saw us increase our turnover by $2 million dollars in the first 6 weeks under her keen eye and strategic marketing plan. I would highly recommend Rachael to anyone as a invaluable asset.