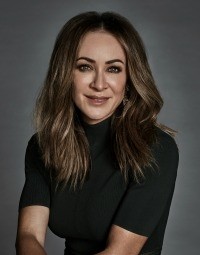 Best known as Australia’s most influential personal trainer, having appeared on nine successful series of Network Ten’s The Biggest Loser, Michelle mixes her tough love message with heart-warming compassion and has won the hearts and minds of Australian’s of all ages, weights and genders. This has also been supported with bestselling books, thousands of online clients with amazing weight loss results, her brand partnerships and is the go-to commentator on all things fitness and weight issues, so it is no wonder she is one of Australia’s most highly regarded health and fitness experts

Michelle’s online 12 Week Body Transformation (12WBT) program was one of the first of its kind and was created to empower members to make real, lasting lifestyle changes, to become the best possible version of themselves. Now the program is in its 10th year running and has stripped over 2 million kilos off the Australian public! Even Michelle herself has been blown away by the amazing success of this incredible program and the weight loss transformations.

In 2012 Michelle launched her apparel range with BIG W called MB Active. Following the launches amazing success, the range has expanded into kitchenware and an extensive exercise equipment range, amongst others.

2015 saw Michelle team up with supermarket giant Woolworths to launch a healthy frozen and fresh meal range, Delicious Nutritious. The range consisted of 12 balanced meals that each included 3 serves of veg, healthy grains and proteins and all fewer than 450 calories. The range won several Healthy Food Guide Awards.

Michelle is the author of sixteen books, including her latest release 12WBT Low-Carb Solution. More of Michelle’s other Best-Selling books include Make it Happen, Powerful Living, Crunch Time, No Excuses Cookbook, Losing the Last Five Kilos, Your Best Body and Superfoods Cookbook. Along with this, Michelle also has an extensive range of e-books and DVDs and will be publishing her next book this year.

On top of her business and brand commitments, Michelle is never far from front of mind and regularly features across a variety of different mediums. Michelle frequently writes for Body + Soul and appears in many other publications including, Prevention, Women’s Health, The Australian Women’s Weekly, Woman’s Day, Good Food and WHO. She is also a regular guest on breakfast television programs, radio shows and appeared on Network Ten’s Dancing With the Stars 2019 and showed that she is not only fit but has the moves! 2021 will see Michelle compete in the highly anticipated reboot of Celebrity Apprentice Australia.

Michelle is also a big supporter of various charities including the Osteoporosis Australia, RSPCA and Black Dog Institute and regularly talks to media about these causes and attends their fund-raising events.

Michelle is very much in demand as a public speaker talking on a variety of subjects from motivation to fitness, and nutrition to exercise and has spoken at a vast array of events, with audiences of hundreds, if not thousands of people attending! Michelle is a doting mother to son Axel born in December 2015.