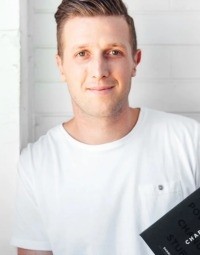 Driven, resourceful and determined, Daniel Flynn is one of Australia's most successful entrepreneurs under the age of 30. He is the founder and managing director of the social enterprise Thankyou, which has given more than $5.5 million to help end global poverty. Thankyou's 50 products are stocked by major retailers in Australia and 100 percent of profits go to funding water, sanitation, food and child and maternal health projects around the world.

In nine short years, Thankyou has directly impacted the lives of 755,338 people in 20 countries, including Australia. Daniel is also the author of the best-selling book Chapter One, a book that tells the raw and real start-up story of Thankyou and is sold using an unorthodox 'pay-what-you-want' method.

In challenging publishing landscape, the book defied all odds by generating over $1.4 million in sales and selling over 55,000 copies in its launch month. Daniel is the recipient of EY Entrepreneur of the Year Award and Forbes Asia 30 Under 30 Social Entrepreneurs. His big picture thinking is behind Thankyou's disruptive marketing campaigns that have led to Thankyou products being stocked by Australia's biggest retailers.

Daniel also received widespread media coverage of his unconventional approach to business and marketing. He is an engaging and thought-provoking speaker who leaves his audience challenged to take on the impossible. His talks offer a blueprint for challenging the status quo and how to turn ideas into reality.

At the age of 19, Daniel Flynn was struck by the widespread misery caused by the world water crisis and the excesses of consumer spending in the developed world. He banded together with his best friend, Jarryd Burns and then-girlfriend, now-wife, Justine Flynn to launch a social enterprise called Thankyou in 2008. His vision for the company was to create social change by investing 100 percent of profits from the sales of bottled water into improving access to clean water. Five years later, Thankyou launched its food and body care ranges and made its debut in major supermarkets Coles and Woolworths. These new product ranges allowed Thankyou to support a wider range of life-saving projects that provide improved access to water, sanitation and food.

In July 2016, Thankyou launched Thankyou Baby, a range of nappies, wipes and baby body care products that help get the child and maternal health projects to families in need in Nepal and Zimbabwe. Under Daniel’s leadership, the social enterprise has provided $5.5 million to humanitarian projects in 20 countries and has impacted 755,538 lives.

To date, Thankyou has funded water and sanitation for 545,360 people, child and maternal health for 77,314 people and more than 28 million days’ access to immediate food aid. Thankyou customers are empowered to create social change through simple, everyday purchases of its 50-strong product range.

That Thankyou has managed to achieve all this in Australia’s highly competitive retail landscape is a testament to the strength of its founder’s beliefs and business acumen. Under Daniel’s leadership, Thankyou has overcome all manner of obstacles over the past nine years – including countering a perception during its start-up phase that its leadership was simply too young and that its dream of making the world a better place was somehow naïve.

Daniel Flynn’s vision is bold and his approach to marketing disruptive: the millennial harnesses the power of social media to achieve his aim of extending Thankyou’s reach. Refusing to take no for an answer, Thankyou launched ambitious campaigns to have its products stocked at major retailers 7 Eleven, Coles and Woolworths, with the campaigns going viral on social media.

In February 2016, 27-year-old Daniel published a book titled Chapter One in a unique landscape format and a daring pay-what-you-want price with 100% of the profits funding the future of Thankyou. Chapter One describes the highs and lows during the company’s first seven years of operations and demonstrates that anything is possible if you believe in yourself and your cause. In just 28 days, book sales reached over $1.4 million and in its first week in airport bookstores, Chapter One outsold every other book launch on the market – sales were second only to Harry Potter books. The book has become a best seller many times over, selling over 93,000 copies worldwide to date. Its success enabled Thankyou to launch its baby care range six months later, which invests all profits into a child and maternal health programs. Thankyou will also make its debut into New Zealand in 2018.

In 2014, Daniel was named Victorian Young Australian of the Year and was an honoree in the JCI Ten Outstanding People of the World program. In 2015, Daniel was awarded the 2015 EY Entrepreneur of the Year for the Southern Region. Consecutively in 2015 and 2016, Daniel Flynn, Justine Flynn and Jarryd Burns were named number 2 and number 1 in the Smart Company Hot 30 Under 30 awards.

Daniel was engaging from the moment he was on stage. A perfect level of humour while delivering his important message. I received fantastic feedback from my Council and many registrants with regards to Daniel and the theme of the plenary session. Would happily offer a reference for Daniel to any potential clients.

Australasia Society For Ultrasound In Medicine

Daniel’s talk could not have been better aligned with the Waterman business values. Such a perfect fit and Daniels presentation style was unassuming and very engaging. Wonderful positive feedback from many attendees.

Daniel was the hit of our show. He will make you laugh, cry and end up having the audience on their feet from a standing ovation.