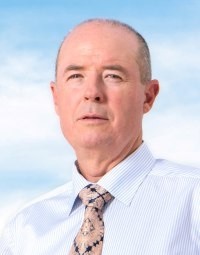 Kym Illman was sacked from a Perth TV station in 1988. Today he is the Managing Director of The Message Group, an award-winning group of companies that excels in audio production, visual marketing, corporate training and hospitality.

This international business turns over in excess of AU$13m/year and employs more than 80 staff in Australia and Singapore.

Kym’s passion for wowing clients has helped fuel The Message Group's amazing success. His book, The Future IS Customer Service, features more than 200 real-life stories on the subject, plus proven strategies that staff, managers and business owners can use in their own organisations.

An infatuation with marketing led Kym to produce a series of educational videos for businesspeople, entitled Mastering Marketing. These short videos, scripted and presented by Kym, are brimming with simple yet inventive ideas that can be used by any business to increase their promotional clout.

Kym conducts acclaimed seminars throughout the Asia-Pacific region on subjects ranging from telephone etiquette and ambush marketing to customer service. A recognised authority on the latter, he’s been featured on The Today Show, A Current Affair and CNBC, as well as 2GB, 3AW, 6PR, 4BC and ABC radio. Versions of Kym’s seminars have also been released on CD & DVD.

Acknowledged as Australia’s premier ambush marketer, Kym has secured more than AU$1m worth of free media exposure over the past decade. In fact, millions of people have seen the familiar Messages On Hold logo at sporting and newsworthy events around the world.

Kym represented Australia in the World Young Business Achiever Award in 1995 and was named 2007 Ernst & Young Entrepreneur of the Year, Western Region. He's also a much sought-after public speaker, presenting to small and large corporate groups on a range of topics including customer service, ambush marketing, telephone techniques and the secrets behind his rags-to-riches success.