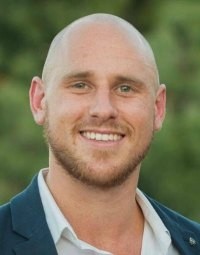 Jamin Heppell, since the age of 22 has founded three sustainable organisations, and developed an introductory program to social enterprise for teenagers.

Game Changers Australia was founded in 2012 and focuses on developing the leadership and resilience of grassroots sporting leaders to tackle social challenges in their clubs and local communities.

The Man Cave was founded in 2015 and works with year 9 and year 10 boys to develop their mental health and emotional intelligence.