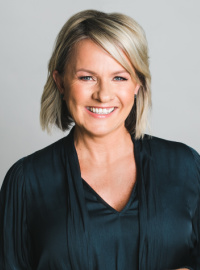 In 2004, Sonia McDonald was living in China with her husband and two-year-old daughter, working in a senior HR role. Having overcome the language and cultural challenges which come with living and working overseas, the girl from the Gold Coast felt in a good place when her world came crushing down.

Sonia’s marriage came to an end and she found herself completely devastated. Now facing life as a single mother to young Abby, she decided to move home to Australia while maintaining her role in China. But juggling motherhood and the travel demands associated with the role were challenging so she resigned from her position.

Sonia stepped out of her comfort zone and took on a very different role teaching and coaching engineers and superintendents in the construction industry around leadership. She fell in love with teaching principles of leadership and mentoring others to make a difference to the performance and wellbeing of individuals, teams and organisations.

As a lover of writing she started a blog called Leadership HQ and after steadily growing an impressive following was encouraged to start a business. Sonia openly talks about her achievements and failings in business, encouraging others to embrace their “stuff-ups” as they learn from mistakes. Sonia believes we should all focus on our talents, passions and dreams. She believes we should lead with kindness, from the heart, doing rather than telling and is known for her mantra ‘Just lead’. She leads by example in all these areas and through her one on one practical coaching, leadership training for teams and organisations encourages others to do the same.

Sonia has helped hundreds of people on their leadership journey to become the best version of themselves and in turn inspire and bring out the best in others through her study and more than 25 years on the front lines of human resource management.

Her daughter Abby’s journey of being bullied throughout her teenage years and the far-reaching consequences has seen Sonia’s leadership work expand. She realised there’s a gap in teaching our youngsters how to step into their power, lead to prevent bullying and cope with difficult situations and does work and keynotes for students in these areas.

Sonia is recognised as a LinkedIn influencer and has become an in-demand keynote speaker, who puts people at ease, talks bravely about her own experiences and starts important conversations. She is an award-winning published author and writes regularly for publications such as The Australian, HRD Magazine, Smart Healthy Women and Women’s Business Media. Sonia has become recognised for her commentary around the topic of leadership, developing work-life balance, championing the up and coming leaders of tomorrow and advocating for women in business and male-dominated industries.

Sonia has been speaking at the AHRI events and conferences for many years. Her workshops and presentations are always insightful, engaging and empowering. She is generous and inspiring with her audiences and focuses on bringing out the best in her participants. Now this is important.

You really changed my mindset today and put things into perspective for me. I suffer from anxiety and your talk made me realise I can overcome obstacles. Your daughter’s story really inspired me too and I understand no matter how hard things get there is a light at the end of the tunnel and you have the power to live a meaningful and purposeful life, so thanks again for giving me a lollipop moment.