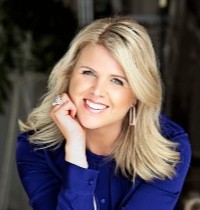 Recognised in the ‘AFR 100 Women of Influence 2018’ Awards, Matina is a Telstra Business Awards Finalist, and named by CPA Australia as a ‘Top-10 smart thinker’. Among many honorary roles, Matina is a founding Ambassador for Project Thankful, a movement partnered with the United Nations to help empower women and children globally. Matina’s incredible life story has been optioned for a global feature film.

Major Matina Jewell (Retd) CSP grew up in the hinterland of Byron Bay and joined the Army at age 17. During her 15 year military career, Matina:
• Served on five missions and earned eight war medals
• Is the only Australian to receive two Republic of Lebanon war medals for bravery on the battlefield and wounded in combat
• At 23yo, was appointed Officer in Command of the Army Department and Diving Officer for HMAS Kanimbla, then Australia’s largest Navy ship
• Was the first woman in the Australian Army to complete the physically demanding ‘Navy Diver’ course
• Worked with the elite SAS and American Navy Seals
• Tracked-down militia leaders in the Solomon Islands
• Fast-roped from helicopters
• Boarded smuggler ships in the Arabian Gulf
• Trained in three languages (Bahasa Indonesian, Arabic and English)
• Gained her Masters in Project Management
• Was selected as a Peacekeeper with the United Nations in Syria and Lebanon

Thank you for your fantastic contribution to our [8 event] national roadshow… You delivered the most amazing life and corporate lessons which everyone could take away.

Matina’s presentation style is impressive, but even more impressive are the core thoughts within her speech.

Inspiring presentation… Nothing but extremely positive feedback… Exactly on the theme.