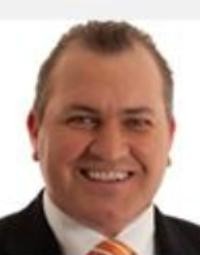 David started his working career as a jackaroo on horse back, literally living out of a swag, 200 km out of Alice in the desert on the Northern Territory! After direct and corporate sales success he started his own company in 1999 when he saw a niche market opportunity in motivational speaking and sales and leadership training. His evolution brought him to become the President of ‘The National Speakers Association’ in 2011.

Specialising in sales, behavioural change/progression, clinical psychology, the subconscious mind, body language and NLP, David can tailor a presentation that will deliver on your desired outcomes.

David Ferrier was awarded the best speaker in December 2012 at the International Leadership Conference in Iran in front of 500 business leaders, as a result of this feedback David was invited back this year to ‘keynote‘ a large conference on inspiration and motivation.

David started his working career as a Jackaroo on horseback in the NT. After studying accountancy, he developed into a senior corporate sales person, breaking all sales records. He started his own highly successful training company 15 years ago and has been professionally speaking at large events in Australia and overseas for the past 7 years.

He is now a highly paid and sought after professional speaking practitioner that uses his qualifications in hypnotherapy to implant messages into his audience.

An integral part of my future growth, not only in sales, but in the way I control my communication and build long lasting relationships. After completing and implementing what I had learnt from David, I developed my skills to go from a good performer to one of Ray White's top sales persons on a consistent basis. Highly recommend.

Dynamic, engaging, entertaining and impactful! Challenged our team. Powerful, highly interactive, credible and commanding. Thank you for challenging out teams thoughts, for the powerful techniques for getting past the gatekeeper, for your useful tips on building rapport and for the engaging and energetic delivery of these messages.