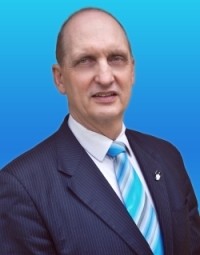 Michael Kies is proof that when life presents us with challenges it is the unreasonable person who makes progress and thrives.

Raised on a vineyard in the Barossa Valley, when he was ten Michael's unreasonable expectations helped him save his father's life. When his family started facing financial hardship in the mid 1980s, Michael got unreasonable again and decided to start over. He left the farm, taking with him nothing more than the shirt on his back. He and his wife, Tina, started from scratch when Tina sold her hairdressing salon and they bought a shop.

In 1987, after they sold the shop, Michael entered real estate sales. He struggled in the early days until he got unreasonable with mediocrity and got serious about his chosen profession. He taught himself to sell and went from a seven week sales slump to selling nineteen houses the next month. Not unreasonably, he never looked back.

In 2008 Michael faced another challenge when he was diagnosed with leukaemia. Once again he became unreasonable, deciding to fight the cancer every inch of the way. Helped by doctors and nurses who were equally unreasonable in wanting to beat the illness, he is here to tell his story.

Having sold his real estate business in 2011, Michael now shares his unique perspective – that by having unreasonable expectations you will bring great things into your life.

Michael speaks on the topics of leadership, entrepreneurship, motivation and sales.

Michael's dynamic delivery and inspiring content has contributed in no small way to me attaining Platinum sales status in my group. His knowledge and experience together with the captivating manner in which he conveys it is invaluable.