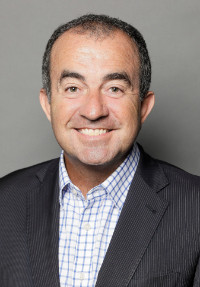 If change is a type of currency, Marty Wilson has been a very, very greedy boy indeed, as his enthusiasm for breaking new ground has led to him follow his dreams and successfully launch into a number of industries.

Marty was a Pharmacist who threw away the white coat to became an Award winning copywriter, working on blue chip accounts like Coke, the NRL and launching Aussie Home Loans. He then decided to chop off his pony tail and began a comedy career full of amazing milestones. In 12 months he went from debut open mike to appearing on The Footy Show; on the way winning the prestigious Green Faces in Canberra – the only national competition judged by audience vote. Then he chased a gorgeous English nurse to the UK where he worked as a headlining artist at all the leading British and Irish comedy clubs, including The Comedy Store, The Gleeclub and Jongleurs. He moistened underwear at the Melbourne and Edinburgh Festivals, and even at the Virgin Rock Festival in London, and appeared every in major comedy showcase in the UK; including Live at Jongleurs and The Comedy Store Live.

After marrying Allie, the aforementioned English Rose, and becoming a dad Marty totally lost his appetite for working every weekend, being on the road, and moved back to Australia to become a writer and speaker. He is now the best-selling author of 18 books, writes for Reader’s Digest, the Sydney Morning Herald and a dozen magazines, and regularly appears on Sunrise. He also has a children’s book coming out called “What do you want, the truth or a good story?”

Marty’s life experience, plus his interviews with over 1000 inspirational people for his book series, has given him a unique capacity to notice some profound truths buried in the even the humblest life story; and just as importantly, the skills to pass that wisdom on with integrity, empathy and great big slabs of gut-busting humour.

But Marty isn’t just the funniest speaker you’ll hear this year, he has developed a systematic process – based on mountains of scientific research – to teach your people how to use humour to short-circuit their inbuilt fears and anxieties about change and sales, leaving them able to think more clearly, stay solution focussed and perform at their best.

His keynotes and workshops are rammed full of scientific knowledge and takeaway tips and strategies – all wrapped up in countless hilarious stories – so your people can enthusiastic leap into the two biggest stressors of business in a less painful, far more productive way.

We had Marty Wilson speak to us on RUOK Day, and the thing I loved was that even on a day devoted to suicide prevention he still managed to have us all in stitches. It takes immense skill to wrap up such a serious message in a bundle of laughs, but he did it.

It takes extraordinary skill to combine detailed scientific research with influential and actionable suggestions for embracing change into an entertaining evening that is casual, yet engaging at all levels. The audience (all scientists and researchers) loved his hilarious presentation and took away some key messages to better cope with the accelerating pace of change in our work and lives.

Marty Wilson combines thoroughly researched, scientifically proven content with an empathetic, human approach to his subject. And he wraps it up in a hilarious presentation style that keeps even the most hardened cynic engaged.