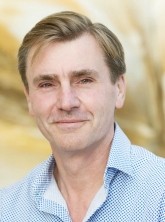 Nigel is the author of three best selling books – ‘Fat, Forty and Fired’ ,‘Overworked and Underlaid’  and ‘Fit, Fifty and Fired-Up’ (top ten alongside Dan Brown and John Grisham in Australia) , co-founder of Earth Hour (recognized as one of the most successful brand launches anywhere in the world recently) , and founder of The Sydney Skinny (both a world first and a world record).

He is currently making a TV series of his first book with Matchbox (NBCUniversal).

Alongside his writing Nigel has a more ‘conventional’ career as a CEO, business commentator and leadership coach. Since moving to Australia in 2001 he has been responsible for a number of iconic communication brands such as Leo Burnett, George Patterson, and The Campaign Palace.

Currently CEO of a Strategic Consultancy business. Nigel is an advisor to a number of the countries top business leaders. His business commentary has appeared in The Financial Times, The Spectator and The Financial Review and his TED speech remains the most viewed online ever given outside America resulting in him being one of the world’s most sought after experts on work/life balance. Amongst his other roles Nigel travels widely and frequently to present his views on Leadership, Business and Life.

I have heard nothing but great comments on your keynote address. You touched many folks. You truly hit it out of the park.

Your presentation was extremely insightful and inspiring. It really was a pleasure to work with you. Thank you for taking the time beforehand to discuss the program with the client and make sure we got the appropriate topic for our audience.

Nigel was simply fantastic – and a wonderful change to the usual presentations.