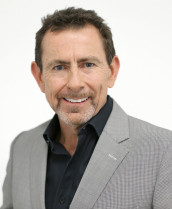 Nick Abrahams is leader in the Australian technology community as an entrepreneur, director, investor and advisor. He is the Global Head of Technology and Innovation, for a top five international law firm with over 8,000 people. In that role he created the world’s first AI-enabled legal chatbot and the world’s first Employment Agreement as a Cartoon Strip.

As a sidehustle, six years ago he founded leading online legal site, which has completely reinvented the law with its $50/month Legal-as-a-Service model. The company has over 100,000 users and recently completed one of the largest legaltech investments in Australia’s history.

He has authored two books on Australian tech: Digital Disruption in Australia and Big Data, Big Responsibilities. His latest book A Brief Future of Almost Everything will be published in 2020. He is a regular contributor to the Australian Financial Review.

He is a director of: ASX300 software company, Integrated Research; global genomics leader, the Garvan Foundation; as well as the Vodafone Foundation and the Sydney Film Festival. He worked as a Creative Executive at Warner Brothers in Los Angeles and is the Producer of the mockumentary Searching for Alison Porchnik, starring Woody Allen and Carol Cane. He founded and sold the Tokyo Comedy Store.

Nick, your presentation was outstanding. This is the third year we have run this and it is by far the most engaging and entertaining presentation I have seen so far by a long way. It was a tough gig doing the graveyard shift. You somehow embraced that and you had the floor laughing out loud and fully engaged in your talk. Your presentation was well researched, thought provoking, relevant, absolutely entertaining, and very professional.

We were delighted with Nick’s speech on future trends. He lights up a room with his energetic and engaging style. He even has the audience engaging with each other in a fun way. He had us listening, learning, laughing and (almost) crying. We could not be happier with our choice.

Nick spoke on “AI and the Future” at our events in Sydney, Melbourne and Brisbane. His performance was energetic, funny and insightful. Great stories and great engagement with the audience. Unlike other speakers, he gets the audience to engage with each other - but in an easy and enjoyable way. We have had terrific feedback.