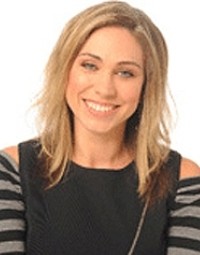 Sally Dominguez is an Innovation Catalyst and a Frugal Innovator. She has won 7 international industry awards for product design and sustainability and was named one of Advance Australia’s “50 for the Future” entrepreneurs working in the Bay Area in 2012. Sally judge’s product design in the USA and China for the SPARK awards, has judged the Australian Design Awards and various Car of the Year awards, and was a regular expert panelist on ABC TV’s New Inventors for six years. All of this work informs her passion, which is ensuring that all people realise and experience their potential to be agile thinkers and consistent innovators.

Sally’s innovative design work is held in Sydney’s Powerhouse Museum and has been shown at the V&A in London and Museum of NYC. Her Rainwater HOG was named one of the USA’s Top 10 Green Building Products in 2008. Sally’s designs have been celebrated in numerous publications, including Design Australia’s 100 Years of Australian Innovation, Secrets of Top Designers, Cool Green Hunting, Design Like You Give A Damn and NSW Design Technology textbooks where Nest high chair and Rainwater HOG tank are regular case studies.

Sally exemplifies frugal innovation, and was part of the 2016 SXSW Frugal Innovation panel. Sally’s body of design work is unique in that her awarded products were initiated, funded, produced, branded and distributed internationally by her personally, working directly with graphic designers and manufacturers. Her unusually independent, vertically integrated frugal product realisation enables Sally to inspire her audience to not only design innovatively, but to realise and commercialise designs in a frugally innovative manner.

Sally’s zest for life is reflected in her diverse experiences that include judging cars and rallying, working with NASA, driving a fuel cell prototype across China and independently realising her sustainable products into multiple markets. Sally’s work ranges through manufacturing, the auto industry, building, design and television, making her an unusual and inspiring alternative role model to anybody who has been told they need to specialise and/or have a singular passion. Sally’s vast overview, spanning materials, artefacts and systems of thinking, gives her a unique understanding of how consistent innovators think.