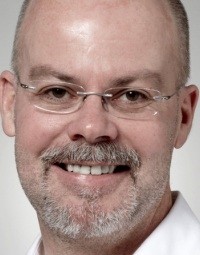 Dr Coker is a world-renowned internet consumer psychologist, who specialises in viral marketing. A highly sought after public speaker, Dr Coker leads the audience through a fascinating account of how his award-winning research into the minds of consumers has been used by global organisations including NASA, IBM, and Bayer to dominate new markets. His presentations are motivational, entertaining, and thought provoking, perfect for businesses who seek a corporate wide shared vision for how to use the internet to conquer the world!

Dr Brent Coker is globally recognised as the world’s leading authority on Viral Marketing and online Brand Building. He is most wellknown amongst the scientific community for cracking the code on what makes marketing messages go viral on the internet. His Branded Viral Movie Production (BVMP) algorithm has been widely reported in prestigious publications and news outlets including Science, Scientific American, The New York Times, and the BBC to name a few. Dr Coker’s research into Social media has also been extensively reported in global media outlets including Wired magazine, CNN, and CNET. In addition, he writes a regular column about internet marketing and social media in Business Solutions magazine.

As an academic, Dr Coker regularly presents his research findings at leading international conferences around the world, and is a member of the North American Association for Consumer Research.

Locally, Dr Coker teaches Internet marketing and social media in the University of Melbourne’s executive education program, and to Masters students in the faculty of business. In 2012, Brent was awarded the prestigious Best Entrepreneurial Educator of the Year award by the Australian Business and Higher Education Round Table.

Dr Coker is a highly sought after consultant, having independently consulted prominent technology companies around the world including IBM, NASA, and Bayer on projects ranging from Social Media through to brand Building and online marketing strategy. In 2010, Oprah magazine labelled Brent the “Stephan Hawking of the internet” praising his efforts to educate employers about the benefits of Social Media in the workplace. Dr Coker has also served as expert witness to the federal courts, helping to shape the legal landscape of Australian internet law pertaining to online branding strategies.

Brent talks on how to make brand messages viral, and how to use the principles of viral to build sustainable advantage in competitive marketplaces.

Three great reasons to hire Dr Coker to keynote at your next event:
• Experience based wisdom –Brent is a Dot-com bubble survivor and successful entrepreneur with a wealth of battle stories and wisdom learned from over 15 years of online business success
• Powerful realistic insights – Brent doesn’t recycle ideas from other people’s books or blogs, or argue untested speculation. Brent is a real-deal award-winning globally recognised research scientist specializing in internet consumer psychology, viral marketing, and social media.
• Accurate Futurism. Brent’s predictions into the future of the internet are based on careful tracking of past trends, using very large datasets (Webreep). Brent’s robust scientific approach means he is able to make insightful predictions that are valid and reliable.

Brent's knowledge about online marketing is incredibly deep, and his research into Viral Marketing is astounding. I've seen a few people talk on these topics before, but Brent is the real deal!