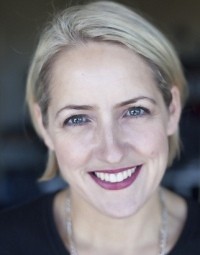 Laurel was named in 2012 by Forbes magazine in the Top 50 Social Media Influencers globally, and Marketing Magazine named her "Head of Industry, Social Media" for Australia. Laurel has regular spots on ABC radio and often appears on Business and Entertainment TV programs talking about Google Plus, Facebook, Twitter and privacy and social change. She is also a popular keynote speaker around the world.

Author of Social Media Revenue, Laurel has consulted globally including with Singapore Government and Middle East Broadcasting, and in Australia, with Westpac, Sony, local, State and Federal Government.

She works with large Enterprises, small business, Government Departments and Not For Profits on developing online community strategies, campaigns and guidelines. From tactical How to Create a Conversation Diary to strategic policies on engagement she facilitates workshops with staff and stakeholders to better manage KPIs and outcomes.

Laurel is the CEO of The Community Crew managing massive gaming and online communities including Facebook and forums for reality TV shows such as Junior Masterchef. Since 2005, Laurel has been lecturing on online community management at the University of Sydney, AFTRS, UWS etc and she has been managing virtual communities since 1989.

Laurel’s blog laurelpapworth.com has been named by AdAge in the Power150 media blogs worldwide and she is in the top 10 bloggers for Australia as well as100 Most Powerful Women on Twitter.

Laurel has a deep understanding of how real people use social networks and social media. She also shares that knowledge in jargon-free and accessible ways. Her understanding of business drivers enables her to connect the dots between the online and physical worlds.