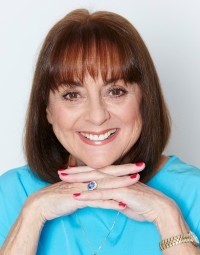 One of Australia's most enduring and recognised talents is undoubtedly the amazing Denise Drysdale. Denise is a career that spins over forty years has touched the lives of millions, via varied media, including television, radio, stage, recording and live appearances.

Her early days on shows like "Komotion" and the "Go Show" saw her cast as one of Melbourne's most famous Go Go Dancers. In her journey she has had numerous television appearances alongside greats like Graham Kennedy, Bert Newton, Don Land and Ernie Sigley.

The morning show with Ernie Sigley ran for over seven successful years and has the 'must see' of morning television.

Denise then joined Frankie J Holden, on Channel 9's 'In Melbourne Tonight' for the next two years. This led to an invitation from Channel 7 to host her own show, which was also hugely successful, and ran for four years.

In 2009 she joined Chrissie Swan, Yumi Stynes and Gorgi Coghlan on TEN's morning show The Circle before the show closed in 2011.

Denise is now kept busy as part of the Studio 10 panel on Channel TEN.

Denise Drysdale interacted with our crowd of predominately retirees magnificently - everybody thoroughly enjoyed her mix of comedy and life stories. She could have talked all night.