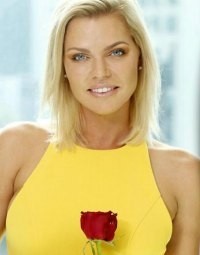 A classically trained singer who has been performing on stage since she was just 8 years old, Monk rose to prominence as a member of the girl group Bardot after success in the Australian reality television series Popstars.

Bardot became the first Australian act to debut at the No. 1 position with both their debut single ‘Poison’ and self-titled debut album. In 2000 they performed at the ARIA Awards at which they were nominated in three categories, and in 2002 their final single, ‘Love Will Find a Way’ completed the groups string of consecutive Top 20 hits. Signing to Warner Music upon the completion of Bardot, Sophie released her debut solo album Calendar Girl which peaked at No. 35 on the ARIA Albums Chart.

Sophie relocated to LA to focus further upon her acting after features in the Nine Network made-for-television film The Mystery of Natalie Wood and the Blink 182 video for their track Always. Sophie quickly found her feet in Hollywood, and appeared in films such as Date Movie, Click and Spring Breakdown. She also made her American television debut with a role in the HBO series Entourage.

Sophie was a special guest presenter on the travel television program Getaway, visiting Hawaii, Las Vegas and Mexico. She was declared the winner of the fourth season of The Celebrity Apprentice Australia in 2015, and in 2016 was a judge on Australia’s Got Talent.

Refreshingly down-to-earth and a self-confessed “dork”, Sophie has endeared herself to the Australian public across recent years as a host on 2Day FM and as a regular fixture on KIIS 1065.

A natural beauty, she was voted as Who’s ‘Most Beautiful Person,’ has placed several times in Maxim’s Hot 100 and has placed in FHM’s 100 Sexiest Women an incredible 9 times.

Sophie starred as the Bachelorette in the 2017 Australian season.