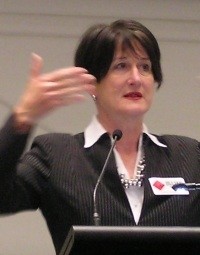 Jillian Mercer is Director of her consulting company that specialises in customer focus, facilitation of groups to accelerated consensus and independent reviews. Jillian works throughout Asia and the Middle-East delivering to private and public sector companies and to conferences on all aspects of Customer Focus.

She worked across the State of Western Australia in key reform roles as a manager and consultant for 20 years in both the private and public sectors. Prior to that she worked in the retail, hospitality and corporate film industries; and, as an educator in both Australia and the United Kingdom.

Jillian is considered an Australian expert on customer service and has been quoted in Business Review Weekly, the Financial Review BOSS Magazine, the Herald Sun, the Sydney Daily Telegraph, Business Improvement Journal of the Australian Organisation for Quality, National Accountant, SOCAP Magazine (Society of Consumer Affairs Professionals), as well as Western Australian newspapers.