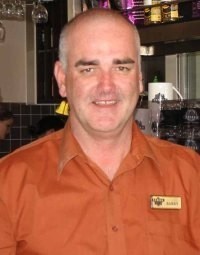 From banker to national award winning restaurateur …..Barry Lane’s journey has been one of excellence. Hear the story of how this intra-preneur followed his dreams to create three award winning Coffee Club Café Bar Restaurants (National Franchisee of the Year 2008, 2006 & 2005) and live out his passion. With only seven years in the hospitality industry, Barry and his family own and operate three highly successful franchises of The Coffee Club in the Logan area at Springwood, Loganholme and Slacks Creek.

Barry and his family (his wife Jenny and their four daughters) are passionate about their businesses and The Coffee Club Brand, employ 80 excellent team members and lists the reasons for their success as “Treating people the way they would like to be treated themselves” as well as “Doing the ordinary things, extraordinarily well, consistently”.

Their restaurants have achieved:

Franchise Council of Australia – National Franchisee of the Year 2006

Business Achievers & Logan Chamber of Commerce – Business of the Year 2008, 2005

Barry Lane is a believer in service, who speaks from the head, and the heart, with a track record of achievement that speaks for itself. I have had the pleasure of hearing Barry speak on numerous occasions. In particular, I invited Barry to speak to our staff on leadership and service. All 350 attendees were focussed on Barry’s messages, and his obvious personal passion for service. He left an important message in a professional and personal way. If you are looking for someone who is passionate about the concepts of service and customers, who lives these values every day, and who can stand up and talk with clarity, experience and passion about this, then I would personally recommend Barry Lane.