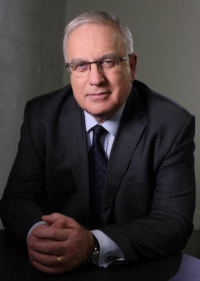 Alan Kohler is one of Australia’s most experienced business commentators. He has been a trusted source of investment advice to Australians for many years, and in 2005 he founded Eureka Report - Australia’s #1 online investment report.

Along with Robert Gottliebsen and Stephen Bartholomeusz, Alan also founded Business Spectator, the popular business news and commentary website. He is also the regular finance presenter on the ABC News and producer of the popular nightly graph (or two).

Alan has been a financial journalist for over 32 years and began as a cadet on The Australian covering the Poseidon boom and bust.  He has been a columnist for Chanticleer in the Australian Financial Review and Editor of the AFR.

Alan has also served as Editor of The Age. For the past decade Alan has been dividing his time between television, at the ABC's Inside Business and The Australian Financial Review. Alan hosts the ABC TV weekly Business Program 'Inside Business' seen nationally on Sunday mornings.

Alan is also, The Business and Finance Commentator for ABC TV Victoria and is seen each week night across Victoria providing coverage and analysis in his plain English highly engaging style as a part of ABC TV Nightly News bulletin.

To broaden his experience he worked as an underground miner in Kalgoorlie, which included a job as a journalist on a weekly mining newspaper, owned by Lang Hancock. The work involved visiting a large number of Australian mines and covering the industry. This was followed as ABC’s industrial relations reporter in Perth, working for both TV and radio.

Moving to the UK, Alan worked for two provincial newspapers in the south of England, mainly the Express and Echo in Exeter, Devon. This work involved a broad range of reporting activities, including police rounds, courts and sport.