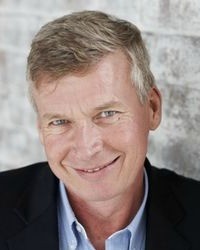 Member of the Order of Australia (AM) Paul Clitheroe is a finance specialist, and is best known for being the host of the prime time Channel Nine program Money. It was Channel Nine's most successful new program in 1993 and was one of the most watched programs in all of Australia, with a total viewing audience in excess of 3 million people and was on air for ten years.

He continues his finance work in television with Money segments on A Current Affair and produces Money specials. Paul is also an accomplished author. His three bestselling books Money, Making Money and More Money have established him as the definitive financial advisor in Australia. His books have sold over 500,000 copies - a rare achievement for an Australian non-fiction author.

Paul is a founding director of a leading financial planning firm, and has been involved in the investment industry since he graduated from the University of New South Wales in the late 1970s. He has completed the two-year postgraduate course offered by the Securities Institute and is a Fellow of that professional body. He was a board member of the Financial Planning Association of Australia between 1992 and 1994; in 1993 he was elected the Vice President and in 1994, the President.

Since 1999 he has been the chairman and chief commentator of Money magazine. He writes personal finance columns for metropolitan, suburban and regional newspapers across Australia and presents Talking Money on radio nationally. Paul has been a media commentator and conference speaker for more than 25 years, and is regarded as one of Australia's leading experts in the field of personal investment strategies and advice. He is currently a non Executive Director at ipac/AMP.

In 2003, the federal government appointed Paul Chairman of the Financial Literacy Taskforce. That body has since evolved into the Australian Government Financial Literacy Board, and Paul continues as Chairman.  In 2008, Paul was appointed a Member of the Order of Australia (AM) for service to the community and the financial sector through the promotion of financial literacy.

He is Chairman of Money magazine, Chairman of the youth anti-drink driving body, RADD and is a Council Member of Philanthropy Australia.

Paul Clitheroe was invited by the Federal Government to the 2020 Summit as a member of the Future of the Australian Economy Committee.

Paul Clitheroe was appointed a Member of the Order of Australia (AM) in the Queen's Birthday Honours for service to the financial sector through the promotion of financial literacy, and to the community.

This is the second time that I have booked Paul Clitheroe. Paul spoke to a different audience and received a different briefing on each occasion. At both conferences I received brilliant feedback from all participants , those in the audience and those presenting/organizing. Each time he really hit the spot for the style of audience.

Both the retailers and the Lend Lease group found your speech fascinating, not just from a business point of view but also a personal point of view.