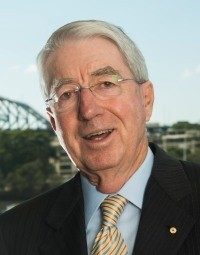 Not only does he write weekly columns in the Sunday Mail and the Courier Mail, but, by some strange magic, he has the entire Australian continent covered from the Cairns Post in the North to the Hobart Mercury in the South, to the Perth Sunday Times in the West. He also writes in Road Ahead and Australian Doctor magazines.

You’ll hear Noel on Fairfax radio and see him on Channel 10.

He has written 20 bestselling books that have sold over two million copies around the world. His book “Making Money Made Simple” set sales records across the country and was recently named in the top 100 of the most influential books of the last century.

In 1988, Noel was named Australian Investment Planner of the Year. In 2003, he was awarded the Australian Centenary Medal in recognition of his services to the financial services industry and, in 2011 he was made a Member of the Order of Australia in the Australia Day Honours List.

Noel is a Fellow of CPA Australia, a Fellow of the Taxation Institute, a Fellow of the Australian Institute of Management – in fact, he’s a pretty good fellow all round!
He is a Certified Financial Planner, a Chartered Tax Adviser, a member the Australian Securities and Investment Commission Liaison committee, and is currently an Executive in Residence and Adjunct Professor with the Faculty of Business at the Queensland University of Technology.