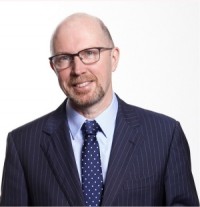 James Kirby is considered to be one of Australia's leading financial journalists. As a commentator, broadcaster and entrepreneur in his own right, he is one of the most insightful voices on Australian finance and investment sectors.

He is a former managing editor & co-founder of Business Spectator and Eureka Report and has previously worked at the Australian Financial Review and the South China Morning Post. James is a regular commentator on radio and television, author of several business biographies and has served on the Walkley Awards Advisory Board. He is a graduate of Ireland's UCG and Dublin City University and a qualified securities adviser in Australia.

James is currently the Wealth Editor of The Australian where he produces the paper's wealth section and a range of related online products. He writes a weekly column for The Weekend Australian and also presents a weekly video.

For many years he has presented a weekly segment on News Breakfast with Virginia Trioli and Michael Rowland at the ABC. He appears as a regular guest on a number of radio stations including ABC 774 in Victoria with Raf Epstein. He also co-presents a weekly podcast 'The Money Cafe' with Alan Kohler.

James was co-founder and shareholder in the AIBM group with Alan Kohler and Robert Gottliebsen. The AIBM group launched Eureka Report, Business Spectator and a range of related titles before it was sold to News Corporation in 2012.  James was managing editor of the AIBM group. He is also chairman of Well Made Clothes, an online publishing and retail company.

He has written a range of Australian business books including biographies of the late Richard Pratt and Harvey Norman's Gerry Harvey. He has also written the Australian edition of 'Investment for Dummies' along with 'My Mother's Diamonds', a television documentary on the holocaust assets affair.

As a speaker James is one of the most popular 'new generation' business commentators who can adapt presentations and keynote speeches for any audience. His experience as both a commentator combined with his time as a 'hands-on' manager of a successful start-up company, creates a unique blend of professional commentary and practical business expertise. His 'outlook' presentations, which are a mix a sharp analysis of economic forecasts with precise observations on individual business sectors, have been applauded throughout Australia.

James's presentations are designed to connect with every audience member whether an investor, a manager, a salary earner, a retiree or simply an interested observer. His mission is to make the world of business, economics and investment accessible to every attendee.

Moreover, James ensures that his presentations are not academic rather they are designed to offer take-aways, solutions, ideas and answers to audience members.

James is an in-demand financial commentator with wide experience as a MC and conference facilitator.  His warm and engaging 'Irish style' has endeared him to audiences all over Australia. He offers a splendid grasp of wider economic issues blended with an intensely practical and newsworthy approach that enlivens any gathering.

I would rate James Kirby as one of the greatest speakers we have had for our event, which focused on Major Projects and Investment into the state. I’ve had the pleasure to work with James on two occasions, with approximately seven years between both speaking engagements, and would highly recommend him as a speaker. The feedback we received from those that attended said that James was the highlight of event, and would be happy to hear from him again at future events. James is passionate speaker who delivered a concise and easy to understand presentation for all level of understanding.

Very good speaker and presenter. Appreciated his openness to make most of the day and conduct interviews with non-for-profit community media groups.