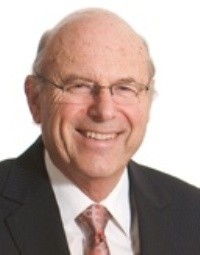 Finance commentator Robert Gottliebsen has spent more than 30 years writing and commentating about business and investment in Australia. He has won the Walkley award and Australian Journalist of the Year Award, two of journalism's highest honours.  He is called on as a regular conference speaker for his view on the state of the economy.

He started the Chanticleer column in the Australian Financial Review which is still running more than a quarter of a century later. In 1981 he founded BRW magazine and helped build the weekly business magazine readership to the highest in the world on a per capita basis.

In 1983 Robert started the top selling Personal Investor Magazine and in 1998, Shares Magazine. In 1999 he became host of the Business Daily TV show on Sky News. In 2000 he moved his Business Daily TV studio to The Australian Newspaper where he was appointed National Business Commentator.

Robert now has a unique role in Australian journalism, communicating business ideas and comments through The Australian, a nightly TV show, the Internet and regular radio broadcasts. Robert is the Treasurer of the Essendon Presbyterian Church and has played an active role in their new sms/website development.