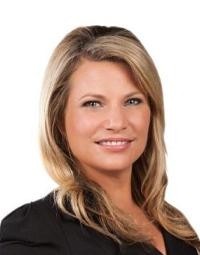 Oriel Morrison is a CNBC anchor, based in Sydney. She anchors Cashflow and provides special reports on breaking business stories, live market updates and premier on-the-ground business events from Australia.

One of Australia's most prolific business journalists, Morrison has almost a decade of business and financial news reporting experience. She joins CNBC from Bloomberg, were she was a reporter and producer for Bloomberg Television News and Bloomberg Radio. Prior to that, she was with the Nine Network as one of the presenters of the Today Show and Business Sunday. Morrison also regularly anchored Qantas National Nine News and National Nine News updates.

She has also been a regular Anchor for Sky Business News and produced and presented news for various Channel 7 news programs.

Aside from media commitments, in television and radio, Oriel Morrison is an accomplished corporate presenter and spokesperson.

She began her career in 1997 in the financial markets, trading equities for one of Australia's most prominent brokerage houses. She moved on to trade and advice on the futures and foreign exchange markets. Her financial experience led her to one of the world's financial hubs as a London-based reporter for the Reuters Financial Television Network in 2000.

Returning to Sydney in 2001, she took up the position of bureau chief of Reuters Television. Between 2002 and 2003, Morrison built a national profile. She covered finance nationally for Channel Seven and internationally for Sky News, as well as presenting the Sky Business Report.