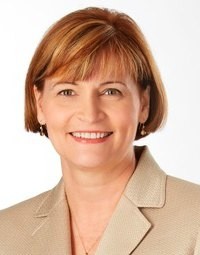 Rosemary Vilgan is an inspiring and experienced leader. She is one of Australia's top CEO’s, a multiple award winner, including Telstra Australian Business Woman of the Year.

Rosemary has had a long and distinguished business career. At the age of 33, she was appointed CEO of QSuper, one of the largest superannuation funds in Australia.  Rosemary is recognised both nationally and internationally for her leadership of transforming QSuper to an innovative, vertically integrated $90 billion financial services organisation.

Highly regarded in the superannuation, financial services and business communities, Rosemary regularly works with government, industry and business. Currently Rosemary is a Director at Commonwealth Bank Group Super and Queensland Divisional Councillor for the Australian Institute of Company Directors.

•Personally negotiated and led major superannuation improvements for over 80,000 clients.

•Led many mergers and therefore knows the issues with blending cultures. Many of these were very difficult and she had to overcome many stakeholder interests.

•Created a World-class culture and received World-class staff engagement scores. Rosemary was able to bring the employees along for the journey and growth of QSuper. Many staff even had to resign from public service during the GFC to work alongside her in the new private entity she created.

In October 2017 Rosemary was appointed as Chair of the Safety, Rehabilitation and Compensation Commission by the Turnbull Government.

Rosemary's presentation hadn't come out of a text book or the latest article she read. She had formed views based on years of actual experience which made her presentation authentic and practical. She was not guarded in sharing her experience. She was happy to talk about failures/learning as much as success. She welcomingly engaged with her audience. She thought networking was over-rated.

Having led a major business through times of industry, economic and political change, Rosemary Vilgan is a highly accomplished former CEO who speaks frankly about the challenges and rewards of leadership. For the Committee of Economic Development of Australia Rosemary addressed a 400 strong senior cross sector and cross profession audience on leadership, leading change, focusing a business on the customer and on the future, diversity and business transformation. A great story-teller, thoughtful presenter and generous respondent to diverse audience questions Rosemary impressed, challenged, informed and inspired guests with her business and leadership insights.

CEDA - The Committee For Economic Development Of Australia

Presenters must be driven by passion, the strong desire to share, deep personal thinking and be informed by real life hard yards. Rosemary has all of these

Ex CEO Of Association Of Superannuation Funds Of Australia