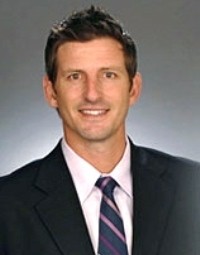 Over the past 28 years, Michael Kasprowicz has become Australia’s most experienced cricket administrators having held official positions in every major stakeholder group. This has afforded him a uniquely definitive perspective into the wider business of sport.

Michael played professional cricket for 19 years at club, state and national level, including five stints playing county cricket in the UK. Upon retirement he completed an MBA whilst working in the cricket media and launched his consultancy business, Venture India. Michael was the president of the Australian Cricketers Association before being invited onto the board of Cricket Australia in 2011. He is currently the youngest non-executive director on the board of Cricket Australia.

His participation in cricket as a player, coach, in media, management and as an administrator spans 28 years, through the transformation of Australian cricket into the professional game and business it is today.  In 2016, he briefly stepped off the board to become the interim CEO of Queensland Cricket.  During his tenure there, he drove the implementation of the Australian Cricket Strategy, as well as uniting a fractured organisation in preparation for future growth.